Curtain pulled back on Coleman cliff

On Sunday morning, November 12th, 2011, Scott Burnett, Frank Messer and Randy Moore along with an eager band of surrogate volunteers* pulled away a curtain of honeysuckle revealing a dramatic backdrop in the theater that is Roanoke Park.

The best place to view this drama is from the crosswalk at 36th and Karnes. Look up, to the north, in the direction of Coleman Highlands, especially in the mid-morning light. 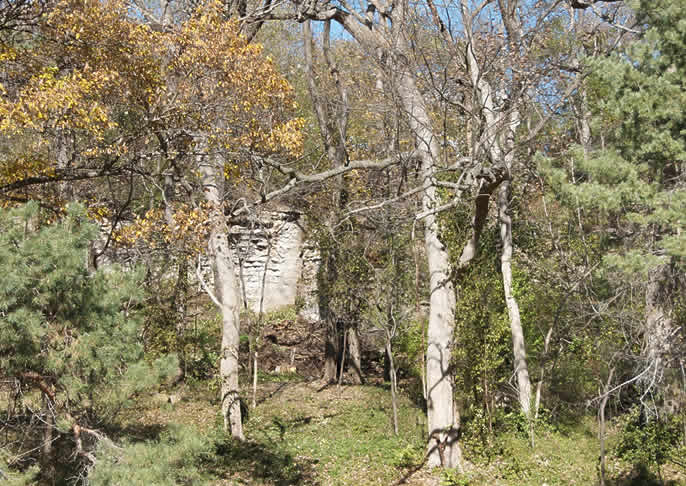 The curtain goes up on a cliff below Coleman Highlands, formerly hidden from view by invasive honeysuckle.

The *Surrogate Volunteers Program is designed for those who want to pitch in to help the Roanoke Park Conservancy as part of the volunteer work force but need, or want, to find another way to participate when they cannot put on the gloves on one of the work weekends.

While no one has more volunteer work hours in the park than Randy Moore, he leverages his own efforts with this surrogate program. He again did so by rounding up another $300 to sponsor "surrogate workers" who helped him "pull back the curtain" of honeysuckle this weekend. 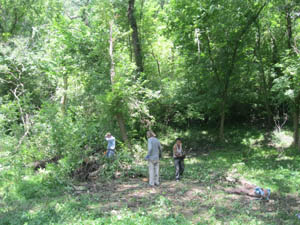